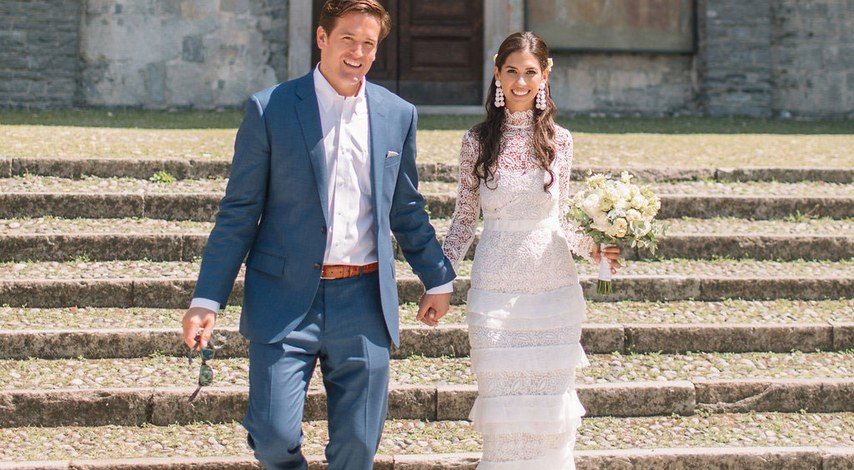 During the summer of 2012, Tucker Crockett was having dinner with a friend in Montauk and started describing his dream girl. To which his friend replied: “You have to meet Karla Herrera!” “She introduced us, and the rest is history,” Karla herself recalls. The pair then dated for four years, during which they moved to Denver together to pursue their dream of living out West. Fittingly, it was in Colorado that Tucker proposed. “He planned a weekend getaway to Aspen and during a day of hiking and horseback riding, he popped the question at the Maroon Bells,” Karla says.